WHAT IS A STEEL CLUB?

Steel Clubs look somewhat like a bowling pin with the majority of the weight held at the end (the barrel) far away from your grip. It’s this leverage that makes heavy clubbell training incredibly challenging.

Rather than being lifted in a linear path like traditional strength training tools, they are swung around the body through multiple planes of motion which creates enormous torque and tension and builds strength.

Made from steel they can weigh anywhere from 2kg-20kg and are extremely versatile which lends itself perfectly to fun flow workouts that challenge the entire body.

Dangerously Fit’s superior quality Steel Clubs build real World strength like nothing else and are of the finest quality found anywhere on the planet!

Our Clubs are powder coated to assist gripping & resist chipping, forged from a single machined piece of steel, have a longer handle for increased leverage, a sphere pommel end, a perfectly weighted barrel AND sport an elegant traditional Indian Club design.

The steel clubs weight (in kg) is on the muzzle for easy identification so you don’t need to waste time aimlessly searching for your desired weight mid-workout.

Powder coating paint has a smooth, but grippy texture that improves gripping when your hands are sweaty. The paint also holds chalk better than other options like matte or epoxy.

The pommel which sits at the end of the handle is designed to rest against the heel of the hand stopping the steel club from slipping from your grip during swinging movements.

Each weight is individually moulded precisely to the specific weight. This precision moulding gives the club a perfectly weighted barrel which is so important for steel club swinging.

Steel is a heavier metal than iron and more resistant to rust and damage. Dangerously Fit Steel Clubs are made of a machined piece of steel making them virtually unbreakable!

WHAT SIZE CLUB SHOULD I BUY?

Steel clubs are deceptively heavy because the point of contact (your grip) is far away from the centre of mass of the club, this is called the leverage disadvantage and what makes tools like the steel club and steel mace so effective and challenging.

An 8kg steel club will feel much heavier than an 8kg kettlebell or dumbbell, so starting light whilst you develop the skill required to control, stabilise and move the club is recommended.

Another factor to consider is your training goals, lighter clubs are fantastic for mobility, rehabilitation and pre-rehabilitation.

Medium weight clubs are excellent for conditioning and developing muscle endurance, and heavy clubs are great for building strength.

We recommend buying two lighter clubs for your double exercises (a club in each hand), and a heavier club for your two handed exercises.

Unlike kettlebells, dumbbells and barbells that have a conventional handle that rests on the skeletal structure (pulls against the fingers or rests in the heel of the hand).

When swinging the Steel Club you have to actively engage your forearm flexors to grip the club as it tries to pull through the fingers.

The dynamic control needed to accelerate and decelerate a Steel Club swung at speed relate to many sports and helps develop shoulder strength, durability and mobility.

One of the many benefits of steel clubs and something that makes them lot’s of fun and highly effective is the ability to sequentially chain movements together into ‘steel club flow workouts’.

A ‘steel club flow’ is where three or more exercises are combined into one seamless sequence, ideally you’ll begin an exercise where the last one finished.

Lighter clubs are fantastic for rehabbing the joints, tendons and smaller muscles found in the shoulder, elbow and wrist.

The steel club is also an excellent tool for warming up and strengthening those key areas before an intense workout therefore reducing the risk of injury (prehab).

The ability to swing the club through multiple planes is what separates the steel club (and steel mace) from other strength training tools which generally target sagittal and frontal plane movements.

Transverse plane exercises which involve swinging, rotating and twisting is something that is overlooked in most strength and conditioning programs.

Another benefit of club training is the ability to train the core whist standing upright on two feet (rather than laying on the floor), the way we were designed move in every day life.

A powerful core allows you to generate force from the ground up which is especially important for all of the athletes out there.

Continuing on from the last benefit, the design of the steel club makes them perfect for swinging, chopping and twisting movements that develop rotational force which is known as ‘torque’.

Swinging the club through rotational exercises creates tractional force which decompresses your joints and lengthens your connective tissue.

The club was a training tool thousands of years ago in ancient Persia, warriors trained with a club to build strong shoulders and a powerful grip required for swinging heavy weapons in war.

Ancient warriors from many cultures have since trained with a club to mimic the chopping movements used in battle, they knew that strong shoulders and a powerful grip would deliver a deadlier blow when striking an opponent.

Later, with the introduction of stronger body armour, heavy club training allowed warriors to use heavier weapons to pierce the sophisticated body armour.

In recent centuries the club was embraced by martial artists from Persia (Pahlavani), India (Kalaripayat) and Russia (SAMBO) to build strength, increase mobility and restore joints and connective tissues.

The club then made its way to Europe and the West when British soldiers were stationed in India during the 19th century.

The US and British military later introduced club training to soldiers as part of their physical training program and Indian clubs even appeared as a sport in the 1904 and 1932 Olympic games.

However, with the invention of machine weights and pulley systems the popularity of Indian Club training began to dwindle as the focus became more about lifting heavy weights rather than functional movement.

However, the club isn’t limited to just upper body strength. It’s an incredibly versatile tool that can be used to challenge the entire body.

The versatility of the steel club lends itself perfectly to ‘steel club flow’ workouts where combinations of 3 or more exercises are performed in a logical sequence one after another without rest.

HOW TO SWING A STEEL CLUB 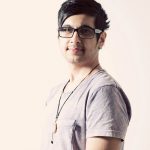 “I’ve done both of Dan’s Clubbell and Kettlebell workshops and I’ve learned a lot doing both of them.” 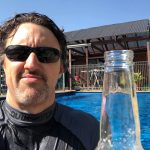 “It’s always pleasing to introduce something new but there are no gimmicks here, just so many benefits to gain with club training.” 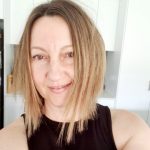 “The clients love it – partially because it’s something different and because, well, it’s also slightly dangerous. No pun intended :).” 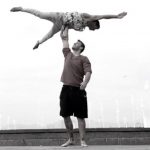 “One of the most useful Certifications I have ever done (and I have done a lot).”

Prompt delivery and well made

I love these things.

Great product above what I expected and the delivery was super quick.brilliant for a full body workout

Very happy with the quality

- Excellent build quality, feels as solid and premium as a club can feel
- Surprisingly compact given its weight
- Arrived days earlier than expected

- Excellent build quality, feels as solid and premium as a club can feel
- Arrived days earlier than expected

Best training tools for full body workout especially shoulder mobility and strength. I utilise it in my martial conditioning.

Item was as promised. Fast delivery

Item was as promised. Love it

Delivery was so fast

Very sturdy and elegant piece of equipment.
Looks great in my gym and offers a challenging workout. Couldn't have asked for more.
I look forward to getting an entire set to accomodate clients of all different strengths.

I purchased 2 x 2kg Steel clubs and i couldn't be happier.

Using the exercises in the Steel Club course i bought along with strikes from my martial arts training, my form has significantly improved over a couple weeks.
It's very easy to utulize progressions and regressions with these in relation to weapons training.

I look forward to one day training clients to use them too.

High build quality, good balance. Overall an excellent club. Initially, a 12kg was delivered but Dan sorted it out straight away, so add excellent customer service as well.

Such an awesome addition to my weights and resistance classes! Super hardy so they can take being used outdoors and perfect for levelling up my clients strength AND mobility. They are loving the extra challenge!

Such an awesome addition to my weights and resistance classes! Super hardy so they can take being used outdoors and perfect for levelling up my clients strength AND mobility. They are loving the extra challenge!

Well finished club which feels good in the hand. It’s really helping with my wrist/hand rehabilitation.

The service from Dan was great.

Couldn't be happier with my traditional Indian club design. Will be purchasing more at different weights in the future.

Couldn't be happier with my purchase. The club feels great in hand and I love the traditional Indian club design. Will be purchasing more at different weights in the future.

Processed and delivered quickly. Happy with my purchase

Processed and delivered quickly. Happy with my purchase

This thing is a beast. Will challenge for a good while.

Perfect to upgrade the beginner set into intermediate weight.

I love my 6kg club. It's super well made, easy to grip and feels like it will last forever. Great service from the team at Dangerously Fit makes the whole experience a joy.

Form and function in one. The club I mean, I've got more work to do

Not an experienced club user but it seems like a well made, high quality club to me. Easy and fast ordering and delivery. Happy with my purchase and will no doubt purchase more in the future.

I'd prefer a knurled grip on the clubs. Otherwise, great.

I'd prefer a knurled grip on the clubs. Otherwise, great.

A lot heavier than expected but it's perfect for two hand (I weigh about 100kg and have been training powerlifting style for the last 10 years). Tutorials on this site is great.

Already seeing huge improvements in shoulder mobility and strength. Hugely beneficial to my training for both surfing and BJJ!

Love the club didn’t match the rest of my set but am happy with it. Service was good.

We ship Australia wide, send us a message on WhatsApp for quotes on international shipping.

SHOP ONLINE TODAY
Go to Top
× Chat With Us On WhatsApp