A Call to Fitness for Government Officials

Is Fitness a Qualification to get Elected?

For years, public officials have been elected into office based on standard qualifications such as knowledge and experience of the public position he’s running for, educational background, visual evidence of capability for office, past achievements and profile of a highly-esteemed family. Lately, things have taken an interesting shift and people have added one qualification for their public official: Physical Fitness. This is made more evident during the recent presidential election in theU.S.when both President Obama and Mitt Romney made public their physical condition, declaring how they maintain healthy lifestyles with regular fitness regimens and their healthy diet. They are telling because it matters to the voting public.

This sudden awareness to the physical condition of their public officials isn’t just a phenomenon in the U.S.but happens in other countries as well. In 2008,Guinea’s president, Lansana Conté, kept his illness from the public eye at the extent of locking up a newspaper editor for publishing an expose on the real state of his health.  The people behind him explained that it was for the cause of the people that it was kept a secret until his death.

Only recently, New Jersey Governor Chris Christie had a shouting match with a former physician of the White House for saying that she fears that the Governor will die in office. The slighted governor declares that he is the “healthiest fat guy alive”.

People now care about the health standing of their public officials.

Here’s an article from the New York Times that tackles about the growing concerns regarding public officials’ health: 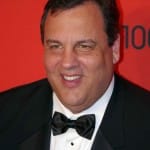 But about Chris Christie. He’s also being talked about as a possible presidential candidate. Now there’s a physical challenge for you. Have you noticed what the job has done to Barack Obama? We aren’t thinking about the 2016 election yet, out of deference to national sanity. When we do, we will have to take the fitness matter seriously

People all around the world have become increasingly aware of the negative consequences of being unfit and unhealthy. This, of course, boils down to the health problems that obesity brings such as heart ailments, hypertension and diabetes.

On a side note, obesity-related health problems have a huge economical cost on  government funds in terms of benefit payments, premature retirement and unemployment, to name a few.

Although most positions in the government are not physically demanding, public officials deal with all kinds of stress and fatigue; being unfit may add a push towards a health failure. People have a need to be assured that the people they have elected into position are strong enough, healthy enough and physically capable to live up to their functions. People are more aware now of the power, influence and authority that they have vested on their elected and do not want these people to unexpectedly drop dead in the middle of the job.

It only goes to show that Fitness is for everyone. It isn’t exclusive to the man who has enough time to take a walk in the park or to a woman who works from home. Fitness provides a certain amount of assurance of a productive quality of life for anyone, public figure or not.

You can start taking care of your health now by signing up for our bootcamps.  Try our$1 tw0- week trial  and experience how great it is to be fit and healthy!

You are here:
PrevPreviousFitness is Much More Important Than Weight Loss
NextHealth and Fitness: There is No Magic Formula, Keep it SimpleNext