Have you ever heard of laughter yoga? Laughter yoga is an exercise believed to provide the very same psychological and physiological benefits as when you laugh spontaneously. Laughter yoga was introduced by Madan Kataria in his book, “Laugh For No Reason”. 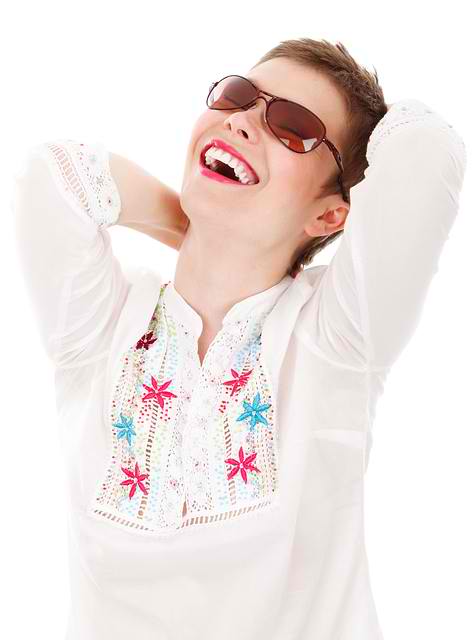 Laughter Yoga Exercises Teach You To Connect To People

What is the Laughter Yoga Exercise?

Laughter yoga is characterized by forced, voluntary laughter that does not necessary uses the only tool available to induce laughter – humor, to do so. In principle, forced or fake laughter can lead to real, genuine laughter.

Laughter in laughter yoga is alternated with yogic breathing which causes more oxygen to be distributed to the different parts of the body.

Here are some of the benefits of doing laughter yoga exercises:

1. Laughter Yoga is a great stress-beater.

Laughter yoga is actually an aerobic or cardio exercise that brings in more oxygen to the body and the brain as you practice it.

Laughter,  even voluntary, eases a person from his physical, mental and emotional stresses.

Although there are no scientific studies that solidly backs up this claim, laughter have helped, even healed, cases of hypertension, heart diseases, depression, arthritis, asthma, bronchitis, diabetes and simple to moderate backaches.

The findings that exercises release endorphins into the brain that makes a person happy is said to be applicable in laughter yoga as well.

4. Develops a positive attitude even in challenging times.

Good mood elicits wise responses to tough challenges ahead. The mind is cleared and the emotions are well-controlled.

Laughter connects people. It improves relationships and even build bridges to establish more and restore others.

How Laughter Yoga Exercises Are Done

Each exercise involves clapping, chanting, and body movements that help break inhibitions and encourage participants to tap in their childlike playfulness.

We don’t do laughter yoga but we have enough laughter to go around in our boot camps. Sign up with us and experience the most fun and enjoyable way of losing weight and getting into shape. Visit our official website to know more.