Check Out The Latest In Exercise Events –Dark Races

Just when you think that marathon organizers are never going to figure out a way to get the runs more exciting than it is, they came up with Dark Races which happens to be the up and coming craze in the world of fitness and exercise.

What exactly are “Dark Races”? Dark Races are marathon events held at night time. In the U.K. where this style of running originated, people only rely on head torches to light their way. The darker, the better. 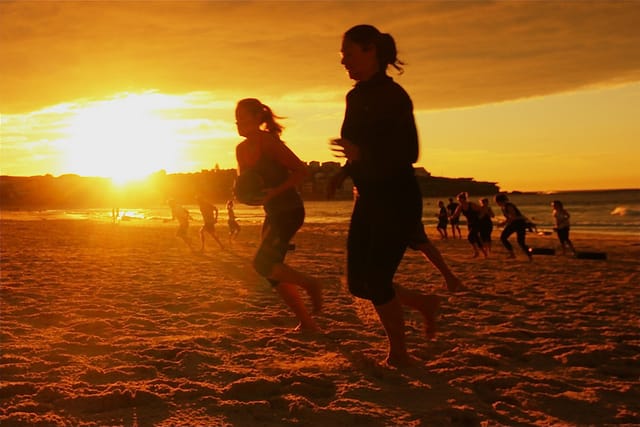 Exercising at night can be very enjoyable and productive.

According to the Sydney Morning Herald, the number of dark races events don’t compete yet with the popularity of military-styled events, with over 50 scheduled in Australia, but it’s catching up real fast among many fitness enthusiasts.

Recently, 6,000 women participated in the 2nd Nike She Runs The Night event, a 10-kilometer, “Dark Race” type of marathon held at the Centennial Park.

Night Running lists down some really great benefits. Here’s a report on The Sydney Morning Herald:

Associate Professor Shawn Youngstedt from the department of exercise science at the University of South Carolina has found that contrary to popular belief late-night exercise doesn’t disrupt sleep.

He also found the two hormones that are important for energy metabolism (cortisol and thyrotropin) peak in the evening and because our body temperature is at its highest at night, our joints and muscles are up to 20 per cent more flexible.

Night running is not done without caution. Here are a few things to remember when you go running in the dark:

Guidelines For Night Running And Exercise

1.Be Careful What You Step On

Because the idea is to run in almost pitch black, you need to be extra careful with where your feet lands. A simple slip or fall may cause you injuries such as a broken ankle.

2. Run Against The Traffic

Even though you’re running on a road less taken by motorists, it’s good to take extra caution and go running facing where the vehicles will be coming from. You’ll never know if there’s a car making a fast turn at the corner, it will be easier for you to dodge away from it if you can see it coming.

3.Wear Something Visible and Reflective In the Dark

There’s just too many things to pay attention to when you’re driving. It would be very helpful for drivers if you’d wear something they’d immediately see on the road so they can avoid hitting you.

4.Run With A Buddy

Or better yet, run in groups; it’s much safer. It’s good to be alert for danger and attackers are not very keen on attacking a group of people.

The next best thing is to bring someone from the navy or a judo expert. Kidding aside, tucking a pepper spray with you can help you in unexpected situations.

5. Change your routes and schedule from time to time

Attackers have a way of taking note of routines.

6. Bring an identification card with you at all times

This is especially recommended if you prefer to go running by yourself. Identification cards can be useful to people who may try to help you in case an emergency occurs.

Exercising at night can be very enjoyable and productive. According to Professor Shawn Youngstedt, night running can help you focus more and relaxes you as it can help detach you from this era of technology and all other things that preoccupy your mind.

We’ve got bootcamps scheduled on early evenings. Register with us and enjoy the benefits of evening exercises.

You are here:
PrevPreviousThe Cardiomax Group Personal Training
NextUnhealthy Weight Loss: The Skinny On Being SkinnyNext