How Naomi Watts Got in Shape for ‘Diana’

Naomi Watts started off her career with television series and commercials. Apart from all of these, she appeared in a lot of movies, as well. From the very start up to now, Naomi Watts has been known and liked for her fit physique and vibrant looks. The great thing about Watts is that she does not necessarily lay much focus on her diet plans and workout routines. This lovely Australian celeb is likewise portraying the character of the late Princess Diana in her movie ‘Diana.’

The gruelling training regimen that Watts adopted to ‘transform’ herself into much like Princess Diana lasted for 3 months, with workouts on a daily basis right until she started filming. Her personal trainer, Simone De La Rue, revealed to Health & Fitness magazine how Naomi Watts got her perfect shape as a result of her technique of resistance training along with cardio-dance. 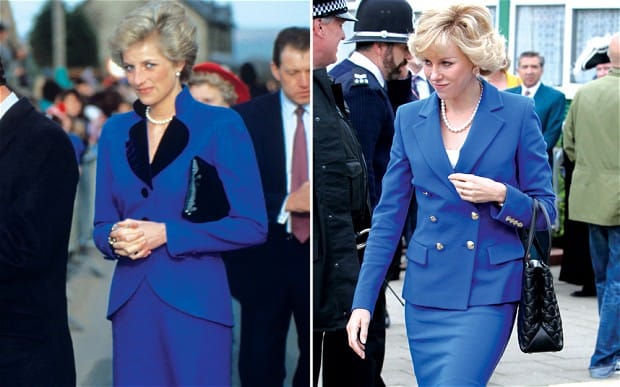 Furthermore, Naomi’s diet plan is a famous precinct, which aims to balance hormones by taking meals prepared at home. Generally, she tries to keep her meals in a specific ratio such as 30% proteins, 30% fats and 40% carbohydrates. The creator of Zone diet, Barry Sears who is a well-known dietitian created this diet plan to make sure that the foods that she takes in can regulate insulin production in the body. Each snack and meal consumed by Naomi contains carbohydrates, protein, as well as mono-unsaturated fats.

For the whole day, she takes in 500 calories from her meals and 100 calories from snacks. Her diet plan includes fresh fruits and vegetables, nuts and ample amount of protein along with 8 glasses of water daily. On top of that, Naomi doesn’t rely on consuming processed foods and meals that contain too much salt.

Check this article from Bianca London of Daily Mail:

Taking on the challenge of playing Princess Diana in a film released this month was not a role Naomi Watts took lightly.

Her personal trainer has revealed how the actress, 44, undertook on a grueling workout regime in order to transform herself into the late princess.

New York-based fitness guru Simone De La Rue told Health and Fitness magazine how she got the mother-of-two into shape using her tried and tested methods of resistance training combined with danced-based cardio.

Read the rest of the article here…

Celebrity diet plans and workout routines can probably get you in shape, but they will require commitment and hard work just like any fitness regimen. To make sure you exercise efficiently, you simply can’t just follow your favorite celebrity’s workout routine or diet plan. It is because, what work effectively for their metabolism might not be beneficial for you.  On the other hand, aim for the look you want to achieve along with a customized workout program, and not just the usual Hollywood workout program.

If you want a personalized workout routine and diet plan to achieve a hot body just like a celebrity, register now at Dangerously Fit Bootcamp and see the results yourself.

Want to become an Internationally recognised personal trainer? Click here to check out our personal training qualifications to learn more!

You are here:
PrevPreviousGet in Shape with a Dorm Room Workout
NextThe Playboy Bunny BootcampNext